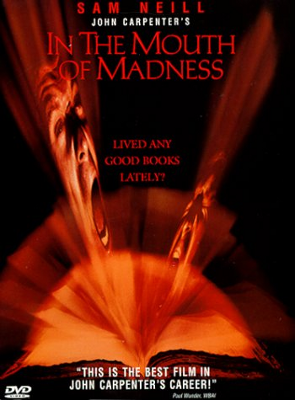 I had heard that In the Mouth of Madness was a good, scary film… and I guess I mostly agree with this, as the movie had its fair share of spooky moments.  Basically it’s the story of John Trent (played by Sam Neil shortly after he played the paleontologist in Jurassic Park) as an insurance guy who is checking the claim of a book publisher.  Sounds thrilling!

Basically this publisher has this writer named Sutter Cane (who is clearly based on Stephen King… I mean they even mention King in the movie) and he goes missing after writing his latest book.

So Trent goes and investigates it, trying to track down where Cane was.  It takes him to some small New England town (another King staple) where shit is going down.  It has the old grandma from Happy Gilmore as the psycho hotel manager, so you know things are serious.

The whole film is mostly a series of flashbacks and often times they’ll be repeated over and over, with perhaps a little difference to show just how crazy things are getting in Sam Neil’s head.  But there are some pretty dang scary moments too.  Like, he’ll wake up from a scary nightmare… and you’ll be all like “whew, glad that’s over” and they’ll hit you with a “FOOLED YOU, STILL DREAMING SUCKAS!” and have some horrible looking monster start screaming. 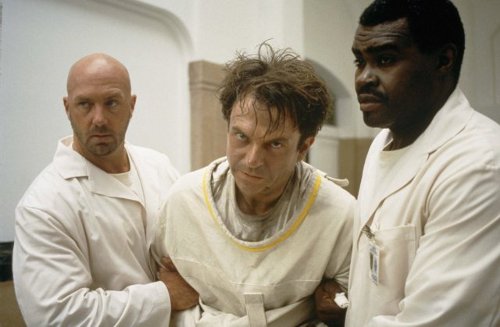 This film also presents one of the greatest arguments for contraception. 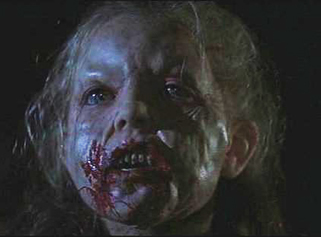 Overall, In the Mouth of Madness was pretty decent, but was confusing.  I probably need to watch it a time or two more to really grasp why some of the scenes were there and what they mean.  It reminds me of Alan Wake (which probably means Alan Wake ripped it off considering the game was released like 15 years later).  But if confusing movies that are very meta aren’t your thing, this won’t be for you.

In the Mouth of Madness on Amazon

| In the Mouth of Madness on Netflix