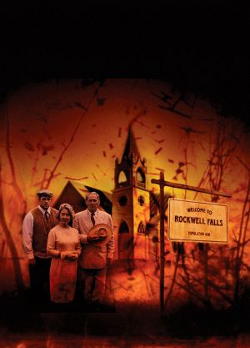 Population 436 is about a census worker who has to travel to a small town and clear up what must be a paperwork problem: the town of Rockwell Falls has had a population of exactly 436 on every census on record.

I would NOT want to be a census worker.  This guy (Jeremy Sisto) has to drive to this tiny town that has only one road going in, and come on… you know towns like that have to be messed up.  There’s some communities like that in my neck of the woods in Central PA and there’s all sorts of local stories and such about the “locals”.

Well in Rockwell Falls has a town tradition where it is required that the population be kept at 436.  So every new birth, or any new member of the community has to be accounted for by removing someone else.

And I guess the townspeople are okay with this?  There seems to be some sort of brainwashing going on that people other than the town’s one hot chick aren’t all up-in-arms about it all.  I mean they literally have a lottery to see who will be the next person to go when somebody is about to have a baby.  And they’re happy when they win!

This is a pretty good movie, and Jeremy Sisto is a pretty good actor.  Oh and that cop you just saw (if you just watched this trailer)… it’s FRED DURST.  Yep, Fred Durst as in Limp Bizkit Fred Durst.  Gone is the goatee, and instead you’ve got a wholesome, naive country police officer who never is seen without long sleeves.  I was pretty darn impressed by his performance too. 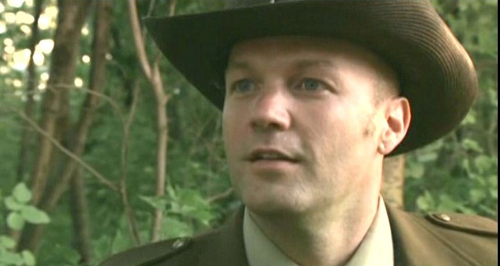 All in all, Population 436 was a decent movie and worth watching on Netflix anyways.  It’s a good reminder to never go to small quaint towns.